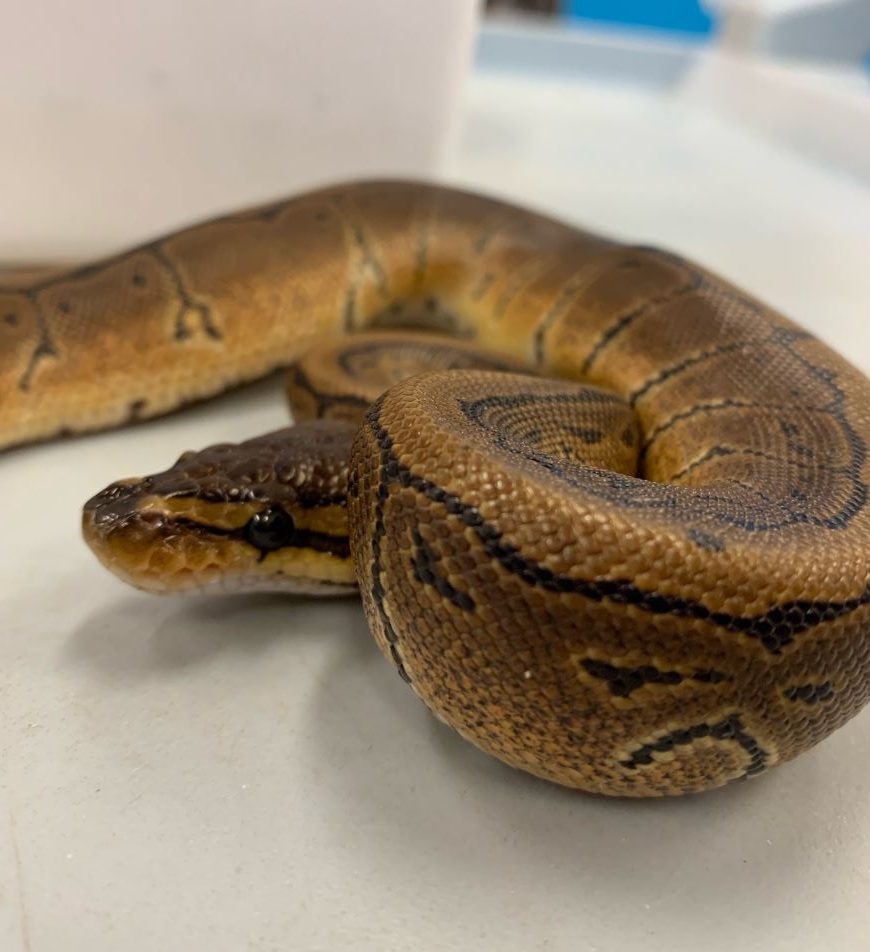 Spider Ball Python Morphs are the center of much controversy.

While they are a beautiful looking morph, they are known to have some genetic defects which may or may not debilitate the quality of a Spider Ball Python’s life.

So, just what are Spider Ball Pythons all about?

Discovery of the Spider Ball Python

Supposedly, this is one of the very first BP morphs ever discovered. The origin of the Spider morph dates back to sometime between 1998-1999.

This morh is also a mutation of a basic Ball Python, and is used to breed many different ball python morphs.

Some say that the Spider Ball Python morph tends to have ‘wobble’.

Wobble is said to be a genetic defect specifically unique to Spider Ball Pythons in particular.

When it happens, the python’s head tends to sway side-to-side. Also, snake’s that are wobbling will often flip their head upside down.

There is no known cure for snake wobble. Some say that it’s unethical to breed Spider Ball Pythons due to their tendency to have this genetic defect. On the other hand, most morphs could be considered “genetic defects”.

So, there is definitely an argument to continue to breed the Spider morph, too.

How Much Do Spider Morphs Cost?

Typically, this morph will be rather expensive.

Expect to pay anywhere between $200-$400 for one of these. Believe it or not, that’s actually on the cheaper end compared to some more rare morphs.

Where to Buy One

Since this is one of the most popular Ball Python Morphs, they are more readily available. Here are some places you may find one:

Look at this beauty.

She is acting so proud slithering around her terrarium.

Don’t get too close… it may strike at you. When Ball Pythons curl up their head & neck like this, it’s a clear give away that it will try to bite you.

Look at how dark the black part of this spider ball python is.

Did you expect to see a ball python in a sink today?

IN any case, this is quite the stunning spider morph. As to why it’s in a sink… we may never know.