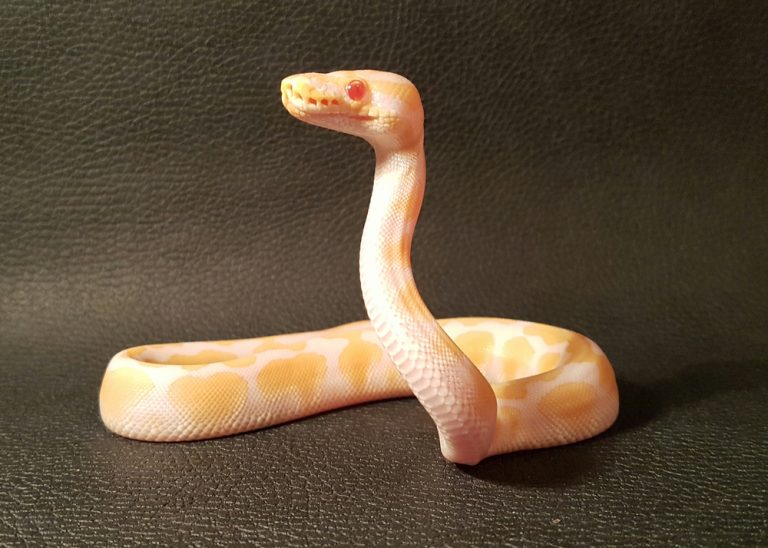 Snakes, a cold blooded species of reptile, are found all around the world. In fact, there are over 4,000 species of snakes. Some snakes can live a very long time, while others not so much. So, it’s important to choose wisely when considering owning a pet snake.

Most of the time, you need to be prepared for the long run. More on how long snakes live later on.

Over the past 4-5 decades, snakes have become one of the most popular pets to own. They offer a rewarding experience, and are known to build bonds with their owners.

These little slithery fellas offer a lot: most of the time, owners become enthralled with them, and are thrust into a world of genetics, biology, and the natural world.

With all this in mind, there’s a caveat. Snakes can live a very long time, especially in captivity.

How Long Do Snakes Live In Captivity?

Let’s get right to it.

On average, a captive pet snake will live anywhere between 5 and up to 30 years in captivity.

A snakes lifespan varies greatly depending on the species of snake in question. For the most part, if you want to own a pet snake, you should expect to care for it for the next 20 years.

While not all snakes will live to be 20 years old, you should always plan on them doing so. These creatures have an incredibly long lifespan.

We recommend having a 20 year plan because often times, new pet owners buy a snake when they’re young, and don’t know what to do with it once they move to the next phase of their life.

On top of how long a snake lives, there are a few other aspects of snake ownership one might consider before taking the leap into buying one as a pet.

Lastly, to reiterate, it’s so important to consider how long a snake will live. Unfortunately, some non-native snakes are released into the wild, and end up becoming 20 foot monsters in some unsuspecting neighbors basement.

How Long Do Different Species of Snakes Live?

As mentioned, how long a snake lives greatly depends on the species. Here, we’ll give a general overview of how long some popular pet snake species live for.

This is key information, especially if you want to own a pet snake one day. Some pet snakes will live roughly 5 years, and others can live up to 30+ years old.

We’ll start from the shortest lifespan to the longest.

Ringneck snakes typically live around 5-6 years in captivity, and about the same amount of time in the wild. Anomalies can sometimes live up to 20 years, but it’s rare.

These little snakes pften fall victim to prey since they are so small. On top of that, Ringneck snakes have only two defense mechanisms:

Not the greatest way to keep oneself safe, but it does work sometimes.

So, while many people keep these little fellas as pets, it’s best to look for another pet snake species instead. After all, nobody wants a pet that puts off a nasty smell.

Rubber boas are one of the most friendly pet snakes in the entire world. They are native to the pacific northwest of the United States.

Most wild snakes go into immediate defense mode when approached, but no the Rubber Boa. They are incredibly social and love being handled by humans — whether in captivity or not.

Their friendliness is also the Rubber boa’s achilleas heal.

Because they’re so nice, they are often hunted and killed. They also don’t have many great defense mechanisms other than hiding.

Being so, the average lifespan of this species is roughly 15 years in captivity, but far less in the wild (5-10 years).

Hognos snakes are one of the most popular pet snakes out there, and for good reason.

Hognose snakes don’t grow too large, they’re very friendly, and are typically easy to care for and maintain.

They’re also so friendly! It’s pretty common for this species to “come out and say hello” in it’s terrarium when people are around.

Unlike the previous two slithery fellas, Hognoses are known to live for quite a long time.

Don’t let their size or cuteness fool you. Just because a snake is small doesn’t mean it won’t live for a long time.

On average, a Hognose snake will live for roughly 12-18 years.

Corn snakes may be the most common pet snake out there. Like the Hognose snake, this species is incredibly friendly and easy to maintain as a pet.

Corn snakes are also known to be friendly and social. In the wild, they usually live to be about 5-8 years old.

Conversely, in captivity, this species can live upward of 25+ years, and commonly reach the age of 20 years old.

Lastly, meet the Ball python. Likely THE most popular pet snake species in the world. Ball pythons come in many different morphs, which make them so sought after.

A morph is essentially a genetic mutation that changes the look and sometimes texture of a given species of snake. Here are a few cool Ball python morphs:

Ball pythons, and most other python species, live an exceedingly long time. It’s fairly common for a Ball Python to live for 25-30 years in captivity.

That’s a third of most peoples lives.

See why we encourage new owners to plan for the long run?

If you want to get a quick idea about how long snakes typically live in captivity, here’s a down and dirty chart to help you out.

The below chart summarizes the content in this post, and will give you a snapshot of how long various popular pet snakes can live.

What Snake Has the Shortest Lifespan?

Aside from a Ringneck snake, the most commonly owned pet snake with the shortest lifespan tends to be a Redbelly snake.

Redbellies are among the most populated species in the US and Canada, and they’re usually caught and kept as pets for short amounts of time.

Typically, you won’t be able to find these at your standard pet retailers. This is mainly because they don’t make all that great of pets, and are fairly limited in various morphs, patterns, colors. etc.

See? They’re pretty tiny, and are mostly brownish and have a red belly. Hence their common name.

They don’t get much larger than about 16 inches. And lastly, Redbellies only live around 3-4 years in captivity.

The Oldest Captive Snake in the World

Remember the Guinness Book of World Records? If you’re not familiar, the publication tracks various record breaking events. Some of the records are rather obscure, and this may be one of them.

According the the Guinness Book of World Records, the oldest snake ever to live was named Ben, and was a Columbian Rainbow Boa.

Ben lived to be an astounding 42 years and 6 days old at the time he passed away. That’s almost half a century!

To give you some perspective on how long this snake lived: Ben was born in 1976 and died in 2016. This strong willed Columbian Rainbow Boa lived through the 70s, 80s, 90s, and nearly 2 decades of the 21st century.

Ben was around before cellphones, and lived to see several variations of the iPhone. He also lived to see 7 different presidents of the United States in office.

Ben had seen a lot through his days, including over half of his owners life.

Just remember when you’re buying a pet snake for the first time: it could very well turn out like Ben and be around for over 4 decades.

In Summary: How Long Do Snakes Live? Pretty long.

Overall, choosing a snake as a pet can be a wonderful experience. They open up so many doors for people at any age, and usually help people understand more about the natural world and genetics.

Pet snakes are also one of the longest living pets one can get. It’s important that you plan to have a snake for at least 15-20 years if you end up deciding to get one.

While easy to care for most of the time, they do live a long life. So, it’s key to plan accordingly